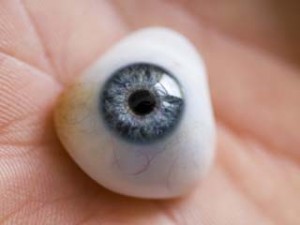 In my ongoing effort to demystify the professorial profession, I’m about to reveal to you that professors write their own “prep pages,” too. Here are my unvarnished, uncorrected writings, as I attempted to make sense of all the avant-garde theory I’d been reading on my last sabbatical:

I’ve been reading theory of the avant-garde and seeking a feminist approach or angle. At the same time, I’m not sure what I’ve found lacking in the two major theories I’ve encountered.

Renato Poggioli [who I haven’t assigned you] is helpful in illuminating the psychology of the avant-garde, identifying 4 different attitudes. He’s also good about acknowledge the different publics, or public spheres, for the avant-garde. And I really like the way he acknowledges the ag’s involvement with the very publics it attacks or opposes. At one point he argues that, “to go on strike, you have to be employed,” which is an excellent insight that could cast light on why access to the a/g might be more problematic for women and people of color. They can’t strike if they haven’t been hired in the first place.

Poggioli sees the early 20th century a/g as an extension of Romanticism, which inaugurated the cult of originality, novelty, radical individualism, and resistance to traditional forms and hierarchies. But as Burger (and his translator point out), Poggioli is weak in his historicism. His theory can’t differentiate the 20th century a/g from its Romantic precedents, nor account for the emergence of the a/g in the early 20th century.

Burger gives us a more precise historical explanation, seeing Decadence (art for art’s sake) and the bourgeois claim for artistic autonomy as precursors to the a/g’s rejection of those ideals. Once artistic autonomy is achieved and art is released from any obligation to society, the a/g arises to reject the social ineffectuality of art and work toward a reengagement between art and every day life.

What I like about Burger is his interest in the social praxis of art—and of criticism. I like his dialectical approach to previous theories, which he does not outright reject, but instead works in and against them to resolve unaddressed or hidden problems. I like his insistence on the precise historical and social settings that gave rise to the a/g.

What I find insufficient about his theory is its monolithic explanation for the a/g: all true a/g artists must be motivated by a desire to reject artistic autonomy and to attack the institution of art. Certainly Duchamp’s ready-mades exemplify this position and the Futurists aggressively attacked all institutions, but so many avant-gardists continue to claim artistic autonomy, including, Duchamp and the Futurists. And some are clearly motivated by other interests entirely.  I also think it is problematic to claim that artists are rejecting the institution of art, because some may not yet have had access to the institution, while others (especially in America) may be trying to establish an institution (e.g. modern American poetry) for the first time. It’s as if Burger develops a theory of the avant-garde based on Duchamp’s provocations as paradigmatic. But in doing so, he eliminates a whole range of a/g approaches and positions. And Duchamp has a very peculiar and privileged position as a white European man. He can, for example, develop a grotesque female alter ego like RRose Selavy, without necessarily compromising his manhood or his genius. But a female alter ego, like the Baroness (is it really an alter ego or just her public persona?) or like Loy’s pseudonyms, risks relegating the female artist to the grotesque, insane, or margins.

All the major theories of the avant garde seem based upon the examples of white male artists. If we include women in the frame, would the definitions and theories change? I’ve been wanting to find a theory that incorporates women, and when I came across Griselda Pollack’s article, I rejoiced.

Her opening remarks said everything I’d been thinking – wishfully thinking or wishing I could think.

Starting with the point that our histories and canons of modernism and the avant garde belie the real, formative presence of women artists, editors, and publishers in these movements. “the initial institutionalization of modernism not only failed to acknowledge the centrality of gender to both modernity and its modernisms; it actively fabricated a monogendered, selective narrative of modern art, even in the living presence of the women who defined their moment of modernity through their massive participation in all areas of culture” (795). What results is a “masculine legend of the avant-garde.” And the theories are based on this legend.

Pollack implies the need to recuperate Clement Greenberg’s initial theory of the “avant-garde as a structural position placing itself aesthetically at a distance from the very bourgeois society on which it, nonetheless, depended economically.” This statement seems very close to my idea that we might think of the avant-garde as a strategic position, rather than a platform or doctrine.

Pollack also seems to implicitly critique Burger and Poggioli when she challenges the “linear temporality associated with the avant-garde as the progressive as well as transgressive agency of modernist culture.” Both Poggioli and Burger, in positioning the avant-garde as the necessary end of an artistic teleology, place it on a timeline. In contrast, Pollack suggests “there were diverse and discontinuous avant-garde moments at which the defining collision of social and aesthetic radicalisms occurred.” (796) In the place of a linear timeline, Pollack calls attention to the second meaning of “revolution,” not only rupture, but also revolving.

Pollack doesn’t reject historical positioning, however. Using Kristeva, Pollack argues that the “avant-garde first emerged in the later nineteenth century to challenge the historically specific articulation in bourgeois society of economic, social, and symbolic forces.” This is a much broader, yet more concrete target of attack than Burger’s artistic autonomy and the institution of art. Even more promising, Pollack, via Kristeva, argues that “As an effect of the bourgeois triangulations of state, family, and religion… gender/sexual difference emerged as a central question of avant-gardism, in the form of a psychosymbolic and metaphorical engagement with ‘the feminine.’” Here she/they are careful not to equate ‘the feminine’ with actual women, but is a “symbolic negativity”—the “not me” or “other” against which Man defines himself.

This argument suggests a neat solution to a problem I’ve been turning over in my mind. I’ve been worrying the idea that Loy is always talked about in relation to her gender subversions—she’s always limited by her engagement with gender issues. So I’ve been wanting to open up consideration beyond gender to questions of audience, performance, and the public sphere. But instead of seeing gender as a concern limited to and that limits women artists, instead we can see gender/sexuality as a central question of avant-gardism. It is her attention to gender that contributes to her—and her male cohorts—position as avant-gardists. In this way, gender is at the center of all avant-garde practice, not just women artists’ preoccupation. Or as Pollack so nicely puts it, “the modern was also a moment of radicalization of gender and sexual difference” (809). We might rethink modernity as staging “a profound and long-lasting cultural drama with sexual difference at its heart that emerged into historico-symbolic significance at the moment of the first historical avant-garde that challenged state, family, and religion in bourgeois society, placing gender symbolically on its agenda at the same time as bourgeois society placed specific obstacles in the path of thinkers/artists/writers who were women.” (798)

[note: interesting that Pollack choses a stage metaphor here, writing of a cultural drama. Here she seems intellectually and imaginatively in line with Loy, who recognizes gender and sexuality as theatre—as a kind of performance or even a performativity, some required, compulsory, and inescapable.]

In this same paragraph asserting the centrality of gender to avant-garde practice, Pollack acknowledges that men and women necessarily grapple with the issues differently, based on their respective positions in bourgeois society, which she calls a “psychopositional difference.” “While the masculine artist could distance himself from bourgeois culture in the fiction of autogenesis through hysterical identification with/appropriation of the maternal-feminine, which was then folded into the creative masculine bachelor-subject, women artists had to negotiate the mythic artist-mother fantasy in relation to an all too concrete, socially authorized notion of woman-mother.” (797) Here she could and must be talking about Marcel Duchamp’s fiction of Rrose Selavy, which then gets folded into the legendary status of the Bride Stripped Bare by her Bachelors, Large Glass.

So I am loving Pollack’s repeated call to define the “avant-garde as a series of self-differentiating identifications that formed avant-garde moments.” She defines it as “a concrete cultural phenomenon that is realized in terms of identifiable (though never predetermined) practices and representations through which it constitutes itself in relation to, and at a distance from, the overall cultural patterns of its time.” (800) Her definition is strategic, social, and historical. Individuals in particular historical moments identify with others in a self-selecting group to imagined themselves as creating or effecting some form of difference that distinguishes them from cultural norms. Such a definition allows for multiple, revolving, discontinuous, overlapping, intersecting, parallel, and conjoining currents or moments of avant-garde practice, with variable motives, attitudes, targets, and publics.

And yet Pollack disappoints by replacing one monolithic preoccupation with another: instead of attacking the autonomy of art, in her Kristevan theory of the avant-garde, artists fixate on thinking about the “maternal-feminine.” (810) I don’t deny a motivating interest in reconceptualizing a “maternal-feminine” symbolic, but to place this concern at the center of avant-garde praxis returns us to a more rigid, homogenous theoretical framework. It seems to go against the productive premise of rethinking the avant-garde in terms of strategic positions and socio-historical moments.

So, I want to engage in a dialectical relationship with the theorist who have come before me: Greenberg, Poggioli, Burger, and Pollack.

From Greenberg, I want to reclaim the notion of the avant-garde as a structural position (though I would substitute the word “strategic” for structural in order to allow for a more flexible framework). From Poggioli, I want to reclaim the various psychological attitudes and publics for avant-garde practice. From Burger, I want to reclaim dialectical critical practice, as well as the necessity of historicizing ourselves, the objects we study, and the theories we develop. From Pollack, I want to reclaim the actual, vigorous, and vital participation of women in avant-garde moment, and the ability to see how women’s access to the strategic position of avant-garde practice is historically and socially inflected by gender conventions in bourgeois culture—and by extension by avant-garde cultures that engage in dialectical relationships to the culture they critique, not always rupturing its gender ideologies, but just as often revolving them back into place, albeit in a different aesthetic form.