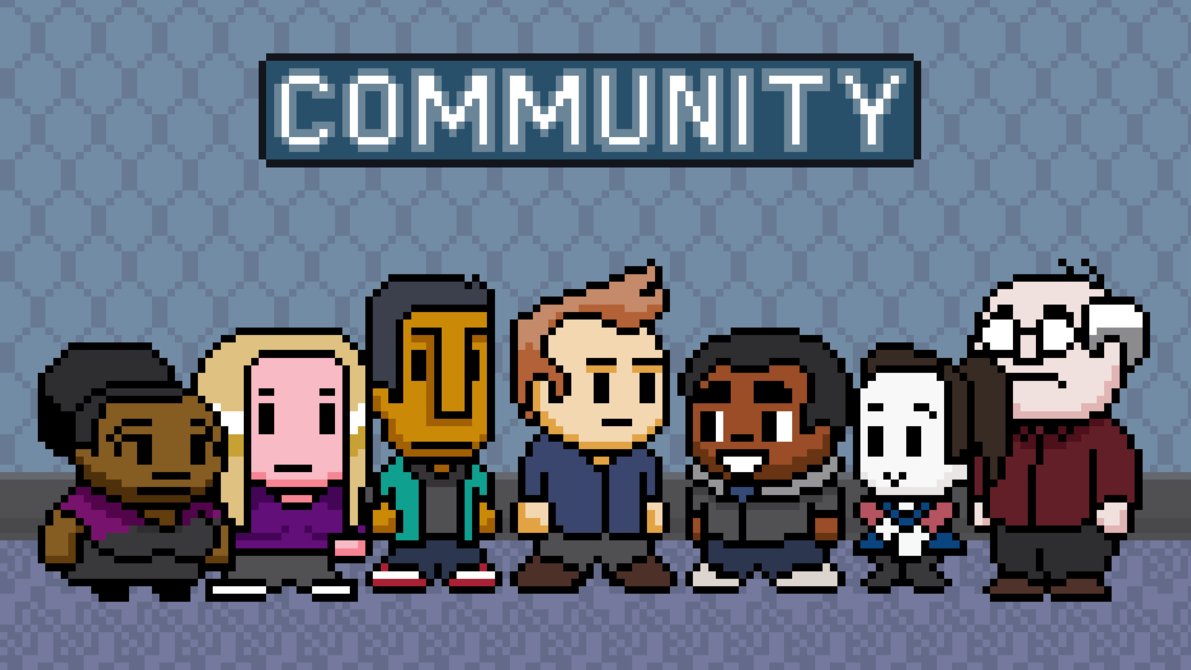 Community is the most innovative sitcom of all time.

Community is the most innovative sitcom of all time.

“The show’s real subject is mass media, especially the conceits, tropes, and conventions of TV and movies. . . Community isn’t actually a sitcom—not any more than The Onion is an actual news-gathering organization. Community, instead, is a weekly satire of the sitcom genre, a spoof of pop culture in general, and an occasionally profound critique of how living in mass media society can mess up human relationships in the real world. It’s also funny, too. Some of that “profound critique” comes disguised in the form of boob jokes (shoutout to Mary for getting Annie’s Boobs in the Buzzfeed quiz),” (The Atlantic).

Dan Harmon uses pop culture references for the sake of satirising them and finding a way to present the references in an unexpected way for the audience. He does all of this while developing each character and sustaining a sense of community. The characters and the relationships between them is what keeps the show alive, while the pop culture references keep it exciting. While the paintball game dominates the narrative of the episode, just as the blue sky dominates the majority of this painting, it is almost impossible to miss the pop culture references scattered intermittently throughout the piece. Amazingly, there are OVER 3O references to popular shows, movies, and tropes in this single episode. I thought I knew all of the references, but there were definitely some that I was not aware of at all. Still, the few references that I understood made me, as a viewer, feel more connected to the show itself. I felt as if I understood an inside joke and felt a part of the “in” group.

Feeling a part of this “in” group also makes me feel closer to the people in class who have watched this series or another similar show (i.e. Rick and Morty, The Office, Bob’s Burgers). The fact that we, as a class, watched these episodes together makes me feel closer to you all – because now we’re all in on it. My own community of friends is comprised of people who – unsurprisingly – watch the same shows that I do, and we sometimes talk exclusively in cultural references. When we talk in these references, we don’t have to explain what it is or where it comes from – we just know, and that’s the best part.

Whether it’s through the “cool, cool, cool,” of Community’s Abed, the “Mooooom where’s my cheesy poofs,” of South Park’s Cartman, or the “Danger Zone!” of Archer, recognising a pop culture reference can create an instantaneous connection to another person/show/movie. Once you hear something familiar, it’s almost impossible not to acknowledge that reference fondly (this applies only if you happen to like the reference – otherwise, it’s extremely irritating).

Nevertheless, what does it say about us when we as a culture rely on pop cultural references to establish connections to other people?

“Real human beings, like Greendale’s mascot, are more complicated than fictional characters. Real human relationships take more than 22 minutes of witty banter a week. In an age when even the simplest human interaction is colored by media-created expectations, when our flesh-and-blood romantic relationships are judged against the standards of TV and movie love affairs, Community asks if it’s even still possible to make an authentic connection?” (The Atlantic).

How much of what we say and/or how we behave comes from television? Do any of you find yourselves mimicking a character just because you identify with them? I do – sometimes I find myself playing out that character (minimally – like a catchphrase, or a reaction) in real life. Is this how we communicate? By having a separate set of reactions, expressions, and dialogue crafted together from all of the television, social media, and internet memes we gobbled up in our youth and beyond? Are there any forms of communication in our urbanised, modern world that isn’t coloured by a pop cultural reference? Is there no room for individual originality? Is this Inception?